Whatsapp has been part of our daily life for more than a decade now. There is hardly any person who owns a smartphone and does not communicate using Whatsapp. It’s a go-to app whenever we need to have a chat with a person. 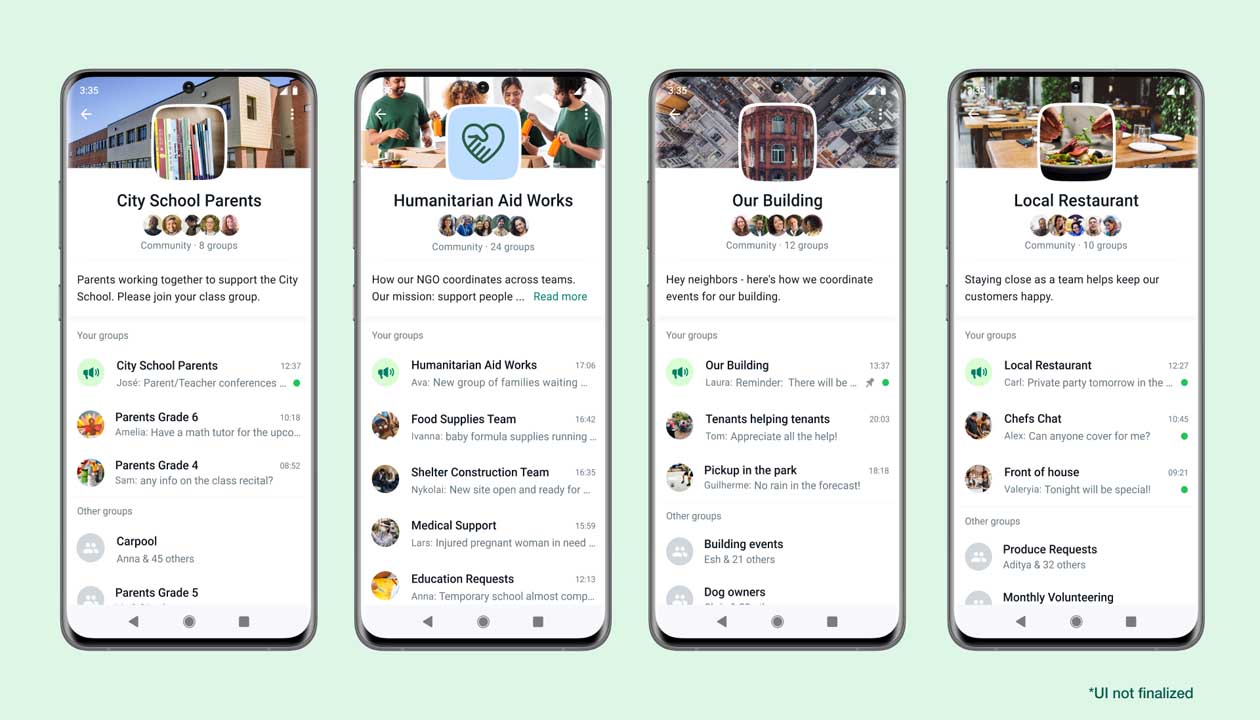 Whatsapp started in 2009, it has been 13 years since it came into existence and since then it has been ruling over the personal text communication market. One of the main reasons for this massive popularity of Whatsapp can be its simple-to-use User-Interface and very simplistic looks.

Whatsapp is also famous for adding new features every now and then. These features have also contributed to this massive popularity. Every time a very good feature comes people get hooked on it. Whether it was the feature of video calling multiple people at once, or the addition of voice chat, people have always loved the updates Whatsapp has launched.

Recently Whatsapp has come up with some new exciting updates that you will get to know in this article.

On the 14th of April, Whatsapp announced the launching of a new feature called “Community”. This feature will be used to bind together various groups which have common interests in a community.

For Example:- A School would be the best use case for it. This lockdown period all over the world has converted classrooms into Whatsapp groups. Each and every class has its separate Whatsapp group, this makes it hard for communicating with all classes and all teachers at once. This is where the community feature comes into play. Through community, various groups will be able to get together and information would flow through these groups more smoothly.

There are four other features that are coming with this update

Whatsapp can also be seen indirectly taking shots on Telegram. On the latest Whatsapp blog of the 14th of April, they have also said that “While other apps are building chats for hundreds of thousands of people, we’re choosing to focus on supporting the groups that are part of our daily lives.” Whatsapp has not released a version of Whatsapp with these updates at the time of writing this article, but it will be interesting to see how they integrate groups into a community kind of system.

I hope you liked this article, and I would really like to know what you think about this update, do you think Whatsapp is doing the right thing by criticizing other apps?

Got An RV, Trailer, or Camper? Know Where To Store Them

Why Do You Need Chest X-Ray for Immigration?