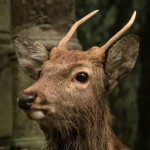 As per information, Government officials on Friday confirmed that a team from Mumbai has been staying in Delhi for the past 5 days in connection with the probe against now suspended Bhartiya Janta Party leader Nupur Sharma for alleged objectionable comments against Prophet Mohammad.

However, according to Hindustan Times, the suspended Bhartiya Janta Party spokesperson is untraceable. The police has not been able to trace Nupur for the past few days.

An FIR was registered against Sharma at Pydhonie police station on May 28 in connection with the statements she made during a tv news channel debate.

She has been summoned to appear before Pydhonie police on 25 June at 11AM for recording of statement.

Nupur Sharma also faces FIRs filed in Kolkata by Police based on a complaint by TMC minority cell general secretary Abul Sohail. The Kolkata Police have summoned her to record her statement on 20 June.

As per latest information, Nupur Sharma is not Arrested.

For more detailed information you can watch the video below.